“The Hate U Give” Book Review

Sixteen-year-old Starr Carter moves between two worlds: the poor neighborhood where she lives and the fancy suburban prep school she attends. The uneasy balance between these worlds is shattered when Starr witnesses the fatal shooting of her childhood best friend Khalil at the hands of a police officer. Khalil was unarmed.

Soon afterward, his death is a national headline. Some are calling him a thug, maybe even a drug dealer and a gangbanger. Protesters are taking to the streets in Khalil’s name. Some cops and the local drug lord try to intimidate Starr and her family. What everyone wants to know is: what really went down that night? And the only person alive who can answer that is Starr.

But what Starr does or does not say could upend her community. It could also endanger her life.

The Hate U Give was a wonderfully written story straight out of the heart. This was the first book I have read that dealt with the subject of racism and given the hype around it, I was honestly scared to jump into the book. However, I have been pleasantly surprised.

Angie Thomas gives a first hand account of the racial discrimination and it’s consequences in today’s world.. of ‘The Hate U Give Little Infants Fucks Everybody’ as said by Tupac. 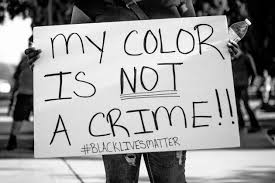 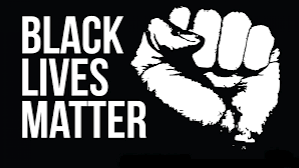 The passive stereotyping and hatefulness does more harm than direct assault in the long run. Inspired by the “Black Lives Matter” movement, this story opened my eyes to the intensity of the issue as I feel blessed to never have had to face racial discrimination. I could still feel Starr, not as a black kid in her situation..but as a girl, a young girl with a loving family who has had to face something this horrendous. It made me angry, happy sad, scared and anxious as her story proceeded. And here-in lies the beauty of the writing and the story. Feelings and emotions are universal, they do not belong to any particular race.. at the end of the day we are all human and that is our only identity. We are all same and yet these insignificant differences have become so significant today that they come in the way of our unity, development and most importantly our humanity. It makes us blind to the simplest of facts that often the difference is not of race but lack of opportunities over a period of time that has brought upon these glaring separations.

Starr and Khalil’s story taught me how sometimes things are out of our control but we must still carry on and keep doing right.. till the situations themselves feel compelled to be right.

Another thing that I absolutely adored was the family aspect of the book. The Carter family dynamics play a wonderful role in showing how similar every happy family is at the end of the day. Each and every character in the book teaches what to be and what not to be.. We need more Starrs and Chrises and the world will be a much better place. May be that hope I was talking about earlier..will even get realized. A Khalil won’t get shot, a Starr will not have to go through such trauma, a Hailey won’t exist and hate will be gone. 🙂

I recommend this book to anybody and everybody! Pick it up.. you’ll not regret it!

If you have already read it share your thoughts in the comments section and if not then get your copy  HERE!!!!

From the new city…

“INKREDIA: Luwan of Brida” Book Review | Getting my hopes up!

“Girl Code: Gaming, Going Viral, and Getting It Done” Book Review | Got me super pumped!

“The Dark Side of The Moon (Volume 1)” – Book Review | Totally Spooked me out!